Although Denmark and Sweden still are countries of European reference, the Commission’s recent love affair with Denmark and its flexicurity model has cooled off somewhat. The Danish and the Swedish main actors have for long attempted to minimise impacts from EU-level regulation on domestic work and employment regulation. A high degree of pre-existing compliance with EU-level regulation has supported this aim. In the Danish case, it has been based on a widespread consensus among the main actors on preserving the self-governing model based on collective agreements, but this is not the case in Sweden, where the employers’ organizations are less convinced about the value of social dialogue institutions. Three areas of impacts are analysed. The impact on the employment policy has been very limited, whereas some impact from the European directives can be found, especially in relation to non-standard employment and in the introduction of legislation as supplement to the collective agreements. Limited impact from labour migration, such as pressure on wages and working condition, has also taken place

The article was published in Amandine Crespy and Gerog Menz (eds.) ’Social Policy and the Eurocirsis – Quo Vadis Social Europe’ on Palgrave Macmillan in October 2015. 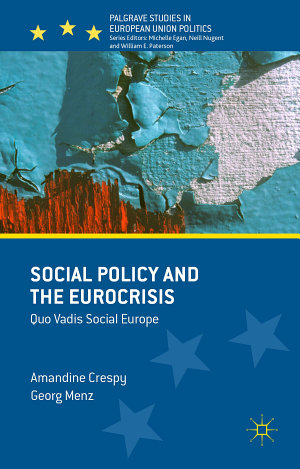